Beware the leader who bangs the drums of war in order to whip the citizenry into a patriotic fervor, for patriotism is indeed a double-edged sword. It both emboldens the blood, just as it narrows the mind . . .

And when the drums of war have reached a fever pitch and the blood boils with hate and the mind has closed, the leader will have no need in seizing the rights of the citizenry.

Rather, the citizenry, infused with fear and blinded with patriotism, will offer up all of their rights unto the leader, and gladly so.

How do I know? For this is what I have done. And I am Caesar.

The Katrina disaster presages dire times. The status quo will drastically alter life in the coming decades. It needs the attention of an astute citizenry and a responsive, able leadership.

Consider our suicide economics. As if five years of steadily growing cutbacks to programs in environment, poverty reduction, welfare, and healthcare were not enough, the 2006 budget deliberated prior to Katrina contained $35 billion in further reductions. Billions in tax cuts for the wealthiest build brass at corporate offices instead of supporting much needed public investments ie. levee systems and emergency response networks. For the poor, that paltry check from Uncle Sam in effect adds up to significant cuts in health coverage and social security. Those lacking flexibility and capital are the most affected, as we’ve seen in the appalling news feeds from New Orleans. This drains the federal budget, compromising response to more urgent security matters. How dry can we squeeze an already record deficit?

The petroleum predicament. The period since the end of WWII saw the creation of a mammoth infrastructure that is extremely dependent on petroleum. Vast investments in this sector make it politically challenging to develop a clear energy policy exploring alternate power sources. But soaring global demand are straining low inventory levels. The bulk of our petroleum comes from repressive regimes in the Middle East, a region becoming increasingly unstable. The supply of natural gas that heats half the homes in the US also faces a bleak future. With depleted land-based wells, we now depend on the tenuous supply from the Gulf of Mexico.

If you follow the stock market you’ll have noticed the steady impact of the energy crisis, prior to Katrina. This has bearing on our monetary landscape, where dramatic shifts in processing and pricing such as we’ve seen in the past two weeks traditionally portend inflation. Thankfully the federal reserve on diligent watch have kept it at bay. But energy supply shocks affect more than just the Dow Jones and mortgages.

It ripples to other sectors, ie trade. Higher transportation and logistical costs attributable to the energy shortage from Katrina alone is wreaking havoc on crucial trade talks. The World Trade Organization (WTO) has been pressuring the US to lift agricultural subsidies to level the playing field for other countries that want access to US markets. But disaster relief programs in Katrina’s wake will depress commodity prices, leading to billions in government payments to farmers. This in turn compromises the administration’s effort to win new export markets for American production, where almost 30 percent of American farm receipts come from.

Globalization. Life has sped up, for everyone. A virus here in SE Asia can land on your doorstep in a mere seventeen hours. And medical technology have never kept pace with pathogenic ambitions, despite what the pharmaceutical sector might want to believe. We did not conquer SARS, Avian Influenza, or Japanese Encephalitis. These microbes lie waiting. The US Centers for Disease Control is part of homeland security. Are our assets ready?

The Iraq War. The Middle East’s autocrats and theocrats are stronger than ever. This was a war designed to prevent further terror; to create a compliant, free-market, pro-American client state; and to restrain Iran. Instead we accomplished the complete opposite by destabilizing the region, strengthening and fueling religious fanaticism and terrorist cells, and replacing Saddam Hussein with a worse alternative: a pro-Iranian regime. Iraq is now on the brink of a revolving civil war between the Kurds, Shiites, and Sunnis (read: millions dead in ethnic cleansing such as in Afghanistan 1979-92), if not a regional bloodbath sucking in Iran, Syria, and the rest of the Gulf States. This chaos will trigger a devastating disruption to our oil supply.

And through an intricate, inter-connected fiscal scheme, this foreign policy quagmire can catastrophically affect the dollar. A collapse in the dollar will bring down the world economy. We were forewarned against faulty and misleading information by a litany of esteemed Middle East scholars around the world before we attacked Iraq, yet we did not see past the mainstream media hype about “weapons of mass destruction”. Speaking of which, do we realize there is a monopoly on our media outlets by the same corporate interests (read: non-objective, interests-based soundbytes)?

The world order. By contravening the UN’s operational mandate in invading and destroying a sovereign state, we essentially revert to a pre-UN world order of alliances and unavoidable wars, with resumption of the arms race. Radical unilateralism and Pax Americana aspirations such as we’ve been pursuing cannot continue without incurring severe casualties on an already overextended military covering two fronts and the homeland.

The point. Our ambitions exceed capacity. US security is based on the strength of our socio-economic arrangements. We prioritized tax cuts and military offensives, and in a world of finite resources that decision has consequences. Katrina accomplished what a host of evidence-based rhetoric and literature could not: she exposed festering ills that threaten our national security and prosperity.

Our nation is barreling towards a calamitous disaster– and not necessarily by one spectacular act of terrorism. Decisions made in the US have global ramifications, and it rightly boomerangs back in a domino effect. We see that the structural integrity of our nation has been compromised by our leaders’ negligence. And it is buoyed by our apathy. We have to think beyond party lines, past faith-based divisions, and outside our small bubbles of existence. Are we confident in the direction our leadership is taking us? Because the security of our children’s America depends on it.

If you are reading this then you know someone who was tremendously affected by our government’s stunning ineptitude, at all levels, across party lines.

Think beyond the spin of mainstream media. Let your legislators know how you feel about this catastrophe, and begin your letter with a statement that you are a constituent. One vote is a valuable asset to your elected officials, especially in the projected overhaul of the political landscape. With midterm congressional elections coming up in 2006 your letters will not go unread. And we all have a stake in this.

The following websites list contact information for our elected House Representatives, our elected Senators, and our President.

It’s time to inspire our policy makers towards responsible governance.

But I refuse to believe that complacency, which has graced the path of every bungle of the past five years, will follow this phenomenal failure of government. We the American people are more intelligent than that. We have to wake up and smell the rot that is fast enveloping our country, long before Katrina hit, long before conditions allowed the the White House to be put up for sale.

“This is the Law and Order, Terror and Morality government, and it cannot save its citizens from a biological weapon called standing water.”
Listen to or read the transcript of a searing editorial by MSNBC’s Keith Olbermann.

It is a staggering and dangerous incompetence, and it is unacceptable. 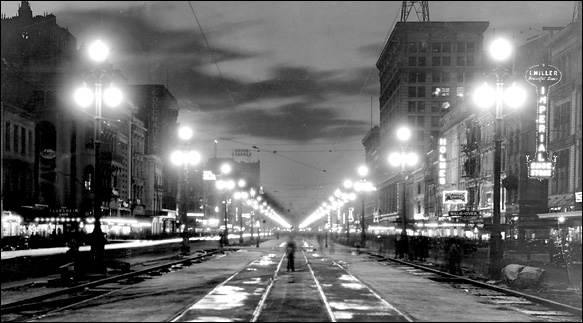 Read Anne Rice’s NYTimes OP-ED
Do You Know What It Means To Lose New Orleans?

This is the summation of failures by a country and administration’s policy history/movement that americans have been and are allowing, splattered all over the facets of this disaster. It isn’t about New Orleans anymore. Bigger questions exist. It is disgusting that it comes to this.

All aboard the USS Clueless. Let’s see how that bone-headed freak we all stuck in the white house digs out of this one. Where’s carl rove??