As we were leaving the region to move back home, I did a consultancy that took me to several capital cities to review national health programs. It was a great opportunity for all of us to say goodbye to friends, colleagues and places we’ve frequented over the past decade. So we packed up the house and shipped, sold or gave away our belongings, and took the kids on a two month journey through Southeast Asia. END_OF_DOCUMENT_TOKEN_TO_BE_REPLACED

As of this writing, the exchange rate is 30 Baht=US $1. So a normal delivery package at Bumgrungrad is US $1,196, while a C-section birth is US $3100. I was quite impressed with my experience at Samitivej hospital for our first child’s birth in 2011. I imagine the facilities in Bumrungrad, which is considered a higher-class (5star) facility, must be better.

In comparison, when we had our daughter in March this year in St Luke’s Hospital (Bonifacio Global City, Taguig, Manila) the quote for a C-section delivery is PHP155,000-185,000 (US $3789-$4512) for 4-5 days’ hospitalization including delivery, recovery and nursery room charges, medicines and supplies used in the delivery room, hospitalization expenses (private room) and professional fees (OB-gyne, Pedia, Anesthesiologist). St Luke’s BGC is a similarly-billed 5star medical tourist hospital in Manila. 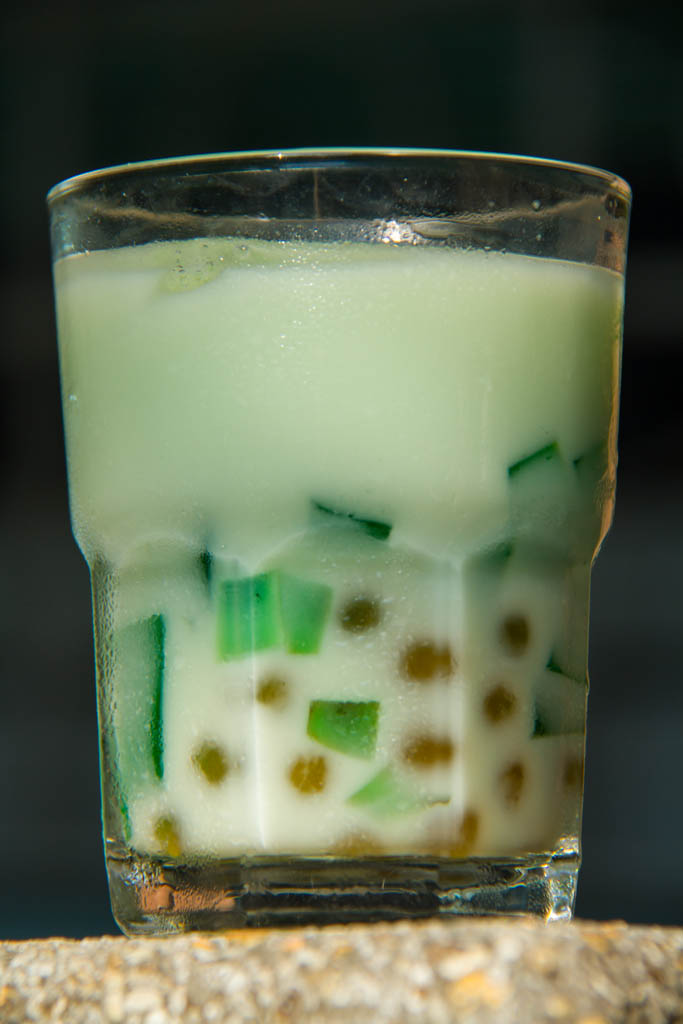 As with any recipe, there are so many creative ways to have this dessert. It can be a drink or a thick creamy dessert. I first had it at Nathaniel’s Bakeshop on Timog Ave in Manila. (If you are in Manila, you have got to make a stop at this shop to try all manner of Filipino desserts and food. It’s on a foodie strip, so there are other restaurants and chains on the same road).

Again, I haven’t the foggiest clue how to make this since Openg our helper in Manila whipped it up often while I was busy with a newborn. So here again is a recipe straight from Jun-Blog, below. His pictures look more like the creamy dessert than a drink. Check out his range of Filipino food recipes. I think I can spend hours drooling over his pictures. [Click! Add rss feed!]

Prepare gulaman according to package instructions. Dissolve gulaman in a pot of water, add pandan leaves, and bring to a boil while stirring constantly. Remove pandan leaves and pour gulaman into two 8×8-inch glass baking pans. Once gulaman has set, cut into 1/2-inch cubes. 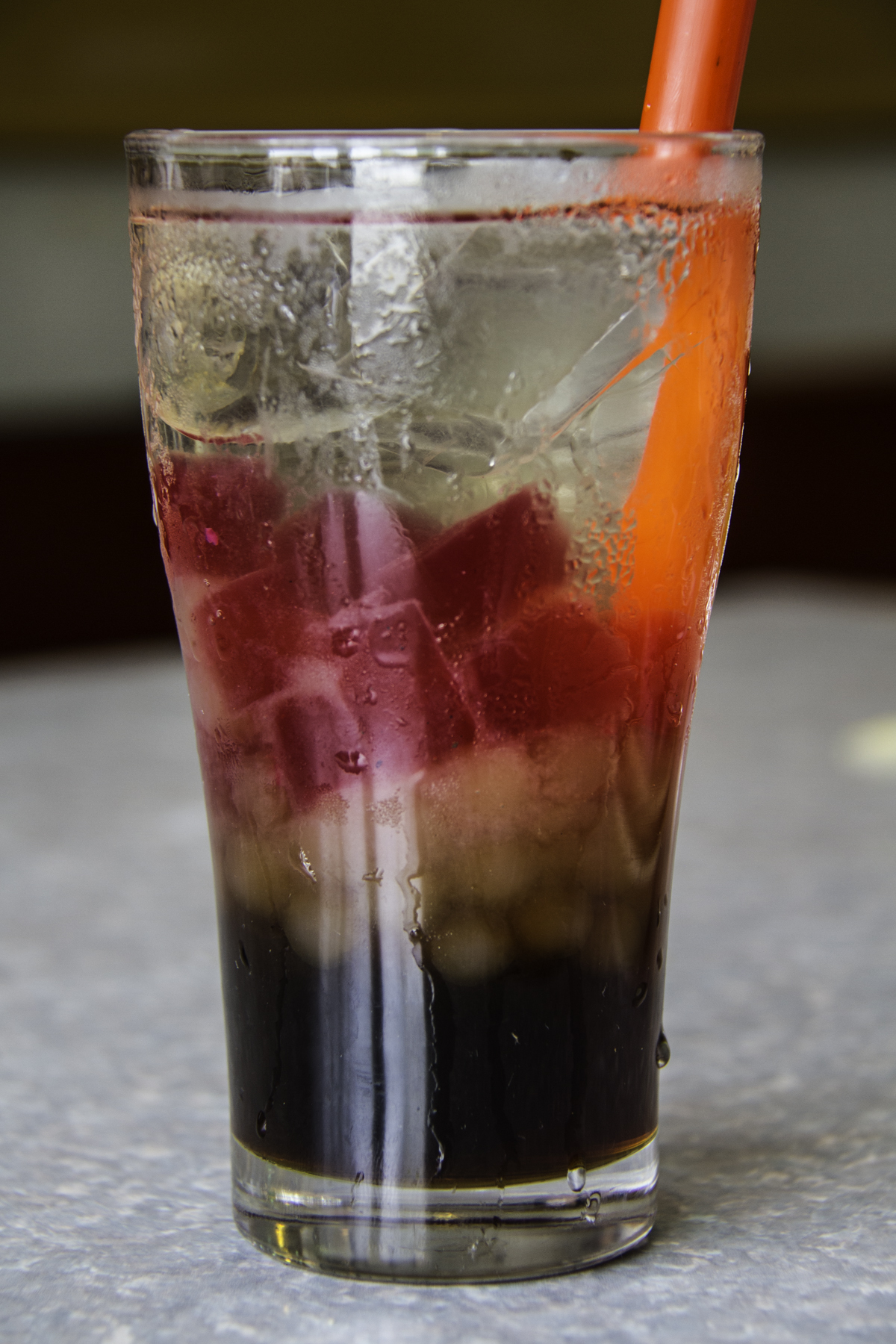 While in Manila I became a huge fan of these coolers. Depending on the amount of syrup it can be sinfully sweet, but that can be adjusted. It’s refreshing and perfect for those hot Manila days (which was everyday)! Once I found out our incredible friend and helper, Openg, can make them I asked her to make it quite often.

As I have no cooking skills whatsoever, I copy a recipe below in entirety from Jun-blog, a Filipino food blog. You must check out his post on sago and gulaman coolers for great pics. His recipe below looks like what Openg made, with some adjustments. She put pandan leaves in the water when simmering the sago pearls. And she added coconut milk to the drink. The batches are stored in separate containers in the refrigerator, to be mixed fresh for each glass. Fresh coconut milk doesn’t last very long so when it ran out I added regular cow’s milk. 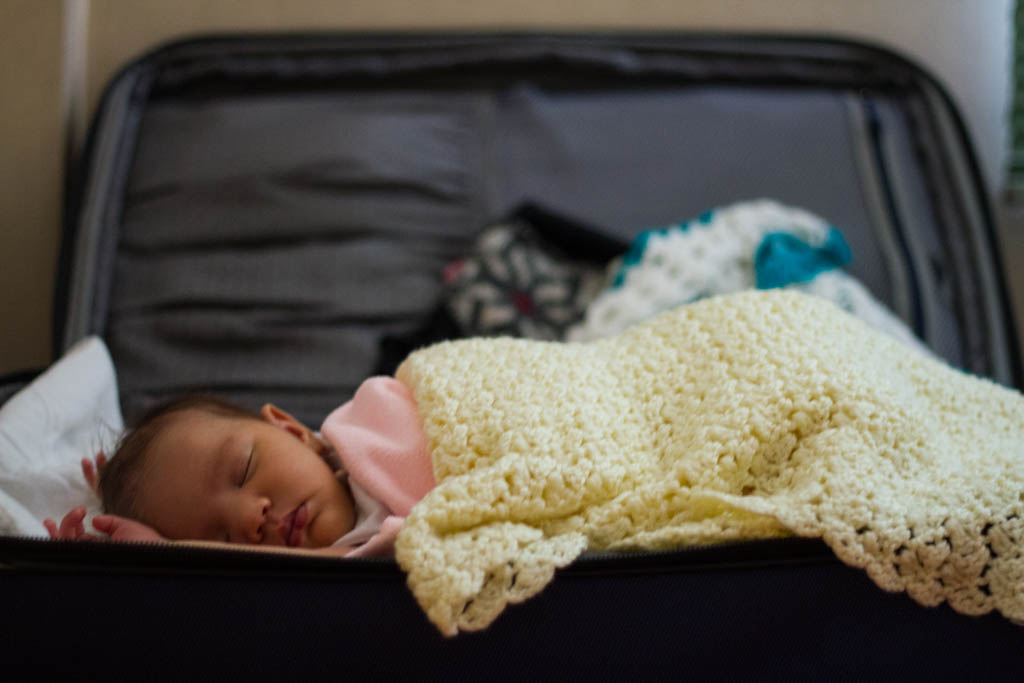 … continued from Part I. Our first child was born in Bangkok’s Samitivej Hospital in January 2011, which I wrote about here. Our second was born in St Luke’s Medical Center, Taguig, Manila, in March 2013. Below is our experience in both countries.

As I mentioned in an earlier post, airlines restrict travel at 35 weeks 1 day gestation. Living costs have to be calculated from five weeks before the estimated due date, through the birth, and the time it takes to finalize the paperwork to clear you for exiting the country with the baby. Bureaucratic coordination is a tremendous help to medical tourists – particularly for births. Our overall experience: 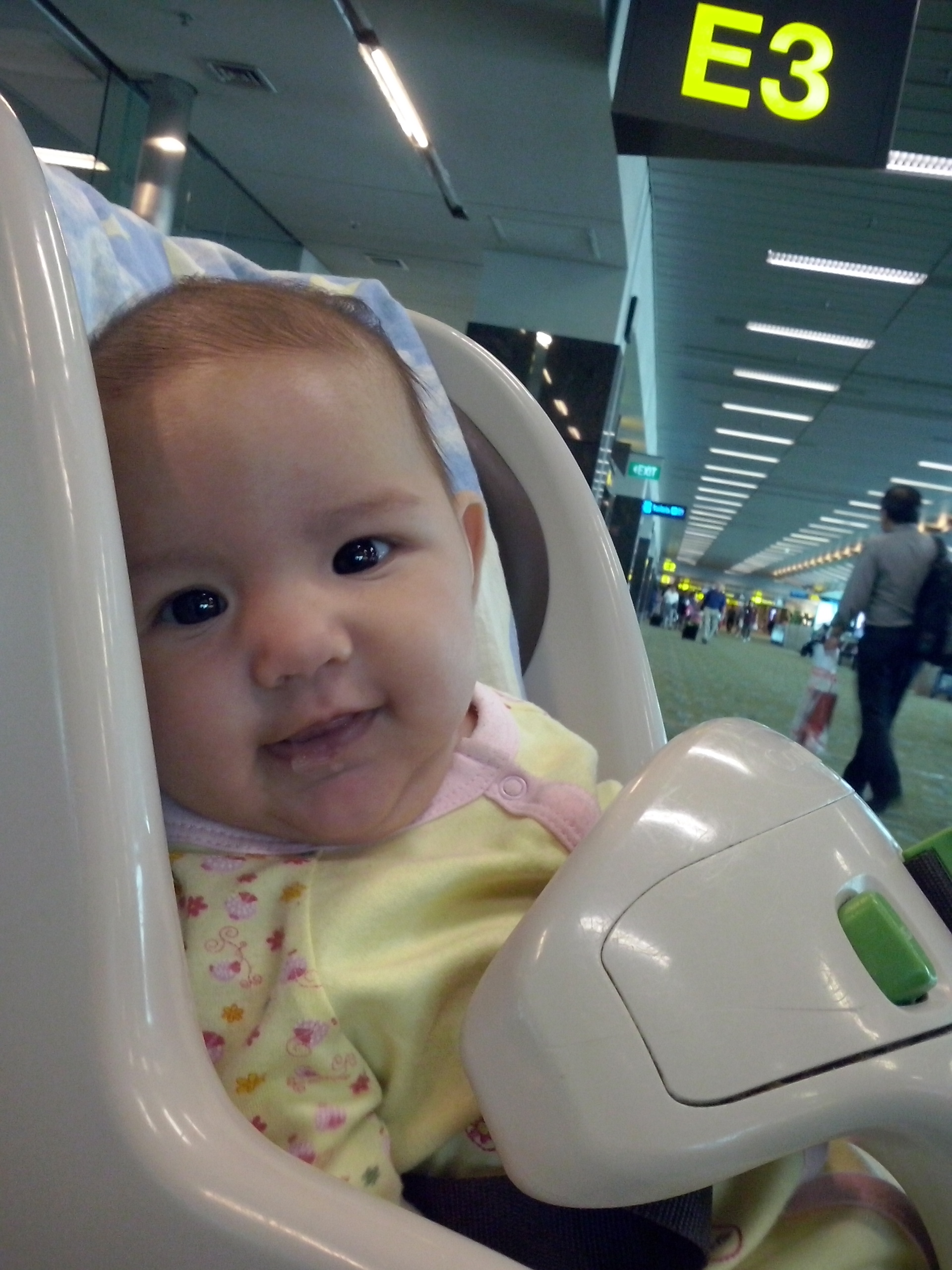 As many of you know, most foreigners working in Cambodia and its neighboring countries fly to Bangkok for medical procedures. We chose to have our baby in Bangkok, Thailand, in January 2011, which I wrote about here on resources for foreigners. Due to airline policies we flew to Bangkok at 35 weeks gestation (they don’t want women having a baby while on board). This is a substantial amount of time away from work, so a speedy return back after the birth is ideal. Thanks to the extremely efficient medical tourism industry, we were able to leave Thailand with the baby an astonishing 10 days after birth. The official birth certificate, US passport, and exit clearance were all secured very quickly and painlessly. All engagement with government bureaucracy was expertly facilitated by a hospital representative. We spent two months, tops, in Bangkok.

This time around, for our second child’s birth, we decided to go to the Philippines. It took a week before the hospital sent Saoirse’s birth documents to the local registrar’s office. It took around four weeks before the National Statistics Office (NSO) released an official copy of her birth certificate (after we paid a fee to expedite the process). We secured an interview to report the birth abroad at the US Embassy two weeks later. After three weeks her passport was couriered to us. Finally, after some paperwork and lots of fees, the Bureau of Immigration gave us our daughter’s exit clearance. Compared to 10 days in Thailand, in the Philippines it took 74 days after birth before we were able to leave the country. We were in Manila nearly four months.

At least this was in a country where we had family, so the extremely long stay didn’t feel like an imprisonment. I wasn’t necessarily in a rush to get back to work, but it was stressful to wade through so much bureaucracy. The worst part is that it seemed as if few to no other Americans/foreigners have ever gone through it before! I assumed that with the medical caliber there, it would be one of the main medical destinations for foreign aid workers, diplomats and other expatriates working in the pacific island countries. Clearly not?!

I’ll be posting more about our experience being a medical tourist (having a baby as well as other medical procedures) in Manila and in Bangkok.

Anyway.. our little girl is “home” now. She was a trooper for her first flights (Manila to Singapore, then Singapore to Phnom Penh), sleeping through most of the travel while Tristan, now 27 months, was the one who kept us on our toes with his incessant need to run, touch everything, and tantrum every 15 minutes of the flight to Phnom Penh!