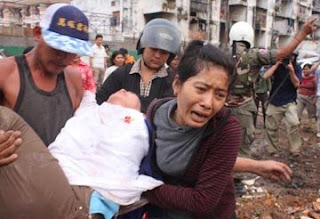 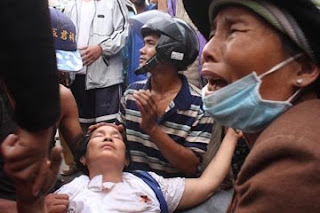 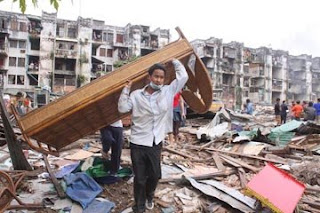 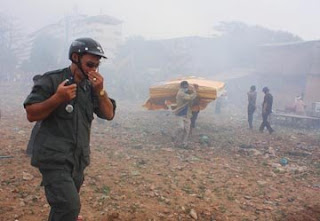 Overseen by the military at 2am yesterday, the remaining residents’ houses at Dey Krahorm, a community in Phnom Penh’s Tonle Bassac neighborhood, were bulldozed by workers hired by 7NG, a private company who won the rights to develop the site. This is the final outcome of their 3 year struggle against the company, after rejecting the cash compensation and relocation offer to a site 16km out of the city because they felt their property values were vastly underestimated. During this time, their peaceful protests as well as efforts by human rights groups and organisations were met with violence and intimidation, with no action to either address their concerns or provide a platform for dialogue by the government.

Cambodia’s vast and rapid influx of foreign capital for economic development, especially in the capital, Phnom Penh, sadly has created opportunity for large-scale human rights abuses. The environment of inadequate legal and regulatory frameworks and lack of capacity to enforce them, fragmented development vision that is in discord with reality, the culture of impunity all set the stage for graft. The courts are often manipulated by the powerful and become tools to sanction violence and silence the weak and poor involved in land disputes. Despite instituting property rights in 1989, land grabbing and forced eviction remain the most widespread and systematic human rights violation today, with at least 30,000 in the capital forcibly removed from their land, and approximately 150,000 throughout the country at risk of being dispossessed.

Aid organisations, human rights groups and bi-/multilateral agencies have issued statements denouncing such practices. But the international response has not been coherent or unified, and with China matching dollar for dollar the cumulative aid and development funds across sectors, what little impact rights advocacy may have is severely eroded. 2008 saw an increase of human rights violations by 25% from 2007, according to legal aid and rights group Licadho. It is such a heated topic that my work in patients’ rights must necessarily exclude language, reference or affiliation with the greater rights agenda, or we risk political fallout. It’s an issue that’s hard to imagine will get better before it gets worse.