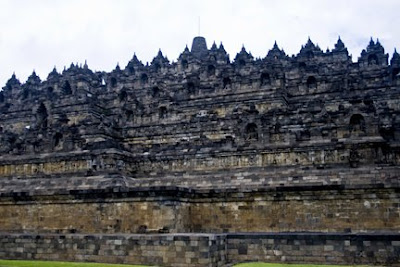 Borobudur is a ninth-century Mahayana Buddhist monument in Central Java. It’s got six square platforms topped by three circular levels, decorated with 2,672 relief panels and 504 Buddha statues in various poses. Pilgrims begin their 3/4 mile journey by entering the eastern staircase. This base, or Kamadhatu, symbolizes where human beings are still bound by lust. They then walk clockwise around the galleries and up. Each level progresses towards enlightenment, with lower levels depicting bas reliefs of life on earth, with the range of sins of mankind. A guide is about 50000Rupiah (12300Rupiah/$1 at this time), and it’s well worth it. 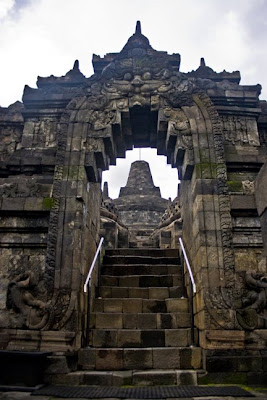 Elaborate gateways to the next levels are guarded by the fearsome beast Kala. Each level up represents the journey towards enlightenment. 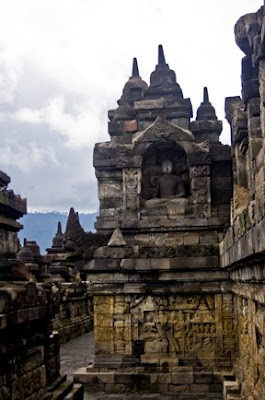 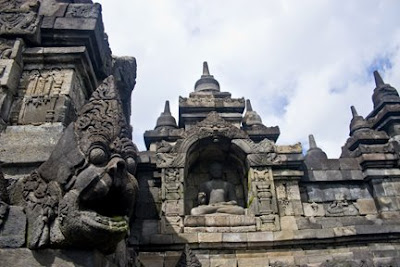 The upper four stories are called Rupadhatu, symbolizing human beings that have set themselves free from lust but still bound to appearance and shape. 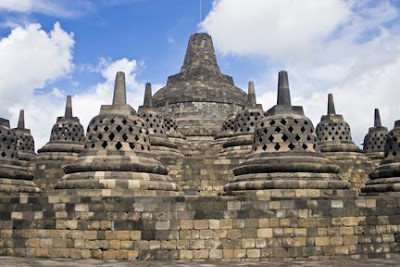 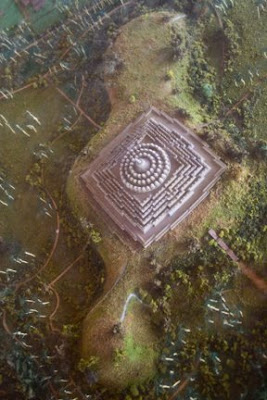 For lack of an eagle’s eye angle we can take ourselves, this is a model of Borobudur, taken at the museum at the base when we returned back to the world of sin and hedonism.