This trip was a 50minute motorbike ride to the outskirts of Phnom Penh on a very hot Sunday. This is a typical panoramic view of Cambodia in the North-South region Siem Reap – Sihanoukville: flat as a pancake dry and dotted with palm and coconut trees, etc. Elevations are revered spots and wats (pagodas) are usually constructed on top of them. 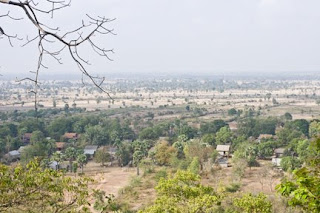 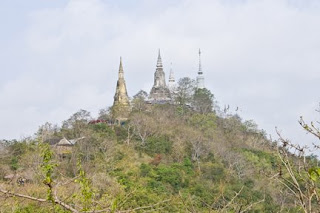 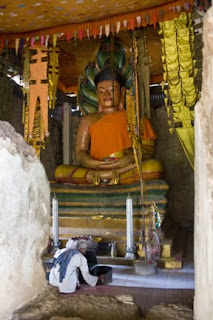 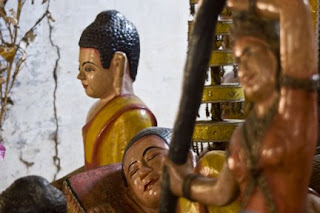 These images of Buddha in various interpretations are not for idolising, such as Christians worship the images of the God. These images aim to inspire the appropriate mode of behaviour towards the personal achievement of enlightenment. It is an admired philosophy, especially during these modern fast-paced times, but its lack of appreciation for personal gains contributes to the detriment of Asian society (values?) in an age of materialism and the pursuit of wealth. 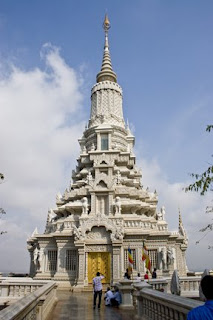 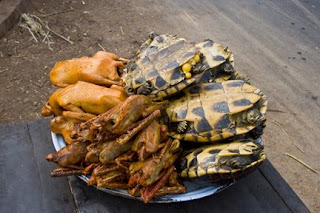 I have no idea what kind of turtles these are, but a lot of them are classified ‘threatened’ in Cambodia. We were taken once to a restaurant in Kampot Province, where the walls were lined with WWF and conservancy posters. Obviously it’s illegal to hunt those animals on the posters, but enforcement capacity is low. They were the menu offerings, but only hush hush. If officials came through the door the establishment is upholding the law. 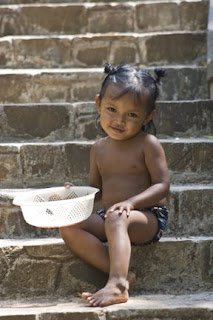 No shortage of cutesy shots in the third world. Sadly this is exploited and children are sometimes harmed in order to garner more sympathy and thus more money from foreigners. 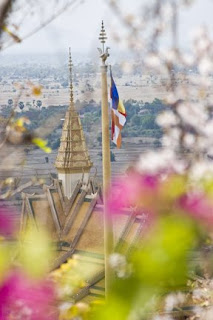 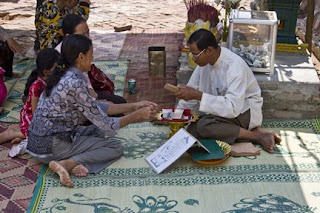 At wats around the country there are soothsayers who will read palms, feet, sticks, and tea leaves. Philosophies about fate and destiny are major factors why the region has not lived to its full capacity in the past several centuries compared to the West. 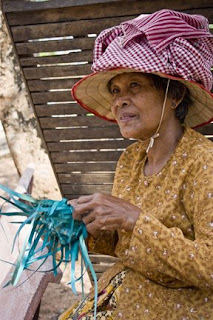 This woman makes 3 baskets in one day. Then sells each basket for 1000 Riel (25 cents) for a small one, or 3000 Riel (75 cents) for a big one the size of a cantaloupe. I can never look at the handicrafts in a Pier1 store ever again, since coming out to Asia. 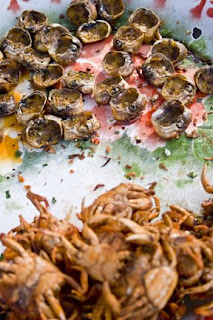 The prize part of a crab is the fat inside the shell. Here they are sold by a vendor at the market. These are river crabs, small enough to fit nicely in a child’s hand. The shell / fat is sold for 600 Riel (~24 cents) and the whole crab for 1000 Riel (25 cents). 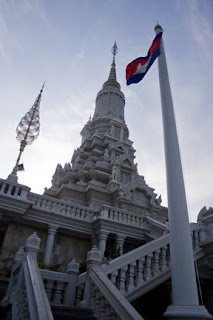 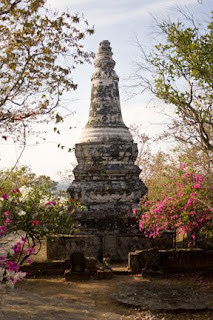 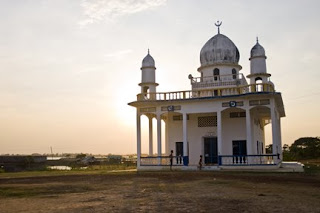 There were probably five mosques on the way to Oudong from Phnom Penh, which surprised us. Muslims make up 10% of Cambodia’s population, the largest group after Buddhists, but they’re largely concentrated in Kampot and Kampong Cham (Cham is the Khmer word for Muslim). Saudi Arabia finances the building of mosques here. Their presence has been slowly increasing, since the finding of oil off Cambodia’s coasts.

All photos from Keith A Kelly‘s photostream.