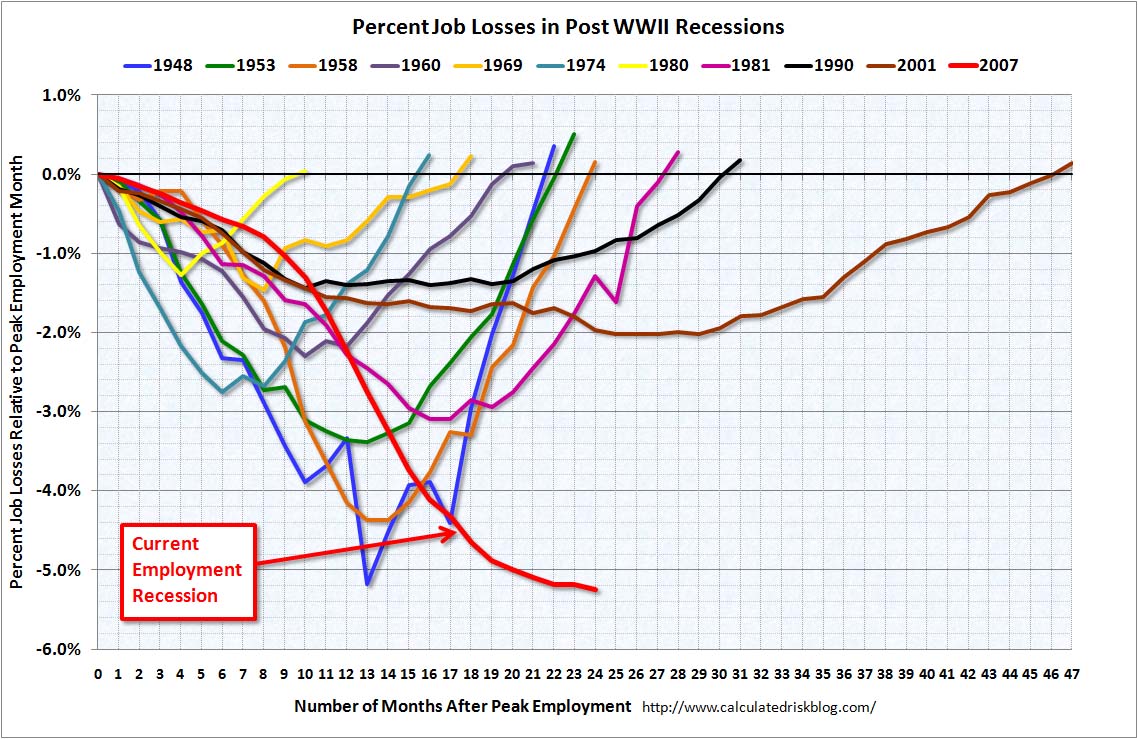 Quoted from Silicon Alley Insider, the chart above by Calculated Risk…

… shows the decline in jobs as a percentage of the work force at the peak.

To date in this recession, we’ve lost more than 8 million jobs.  The decline as a percentage of the workforce is the worst since the Great Depression, matching the sharp but short drop in 1948, as the war machine wound down.

Equally important, the duration of these job losses, as well as the lack of a sharp recovery (at least so far), suggests that the problem will be with us for a long while.  We’re now 24 months into this decline, and we’re still at the bottom.  By this point in most previous recessions, we had already recovered all of the lost jobs.