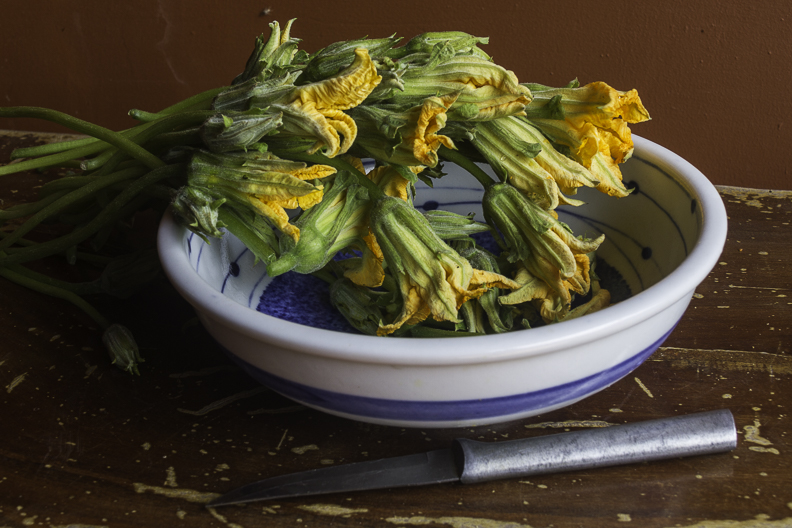 Pumpkin flowers – it’s available in the markets, early in the mornings. In a stir fry dish it has a taste and crunch similar to morning glory. Love this dish! 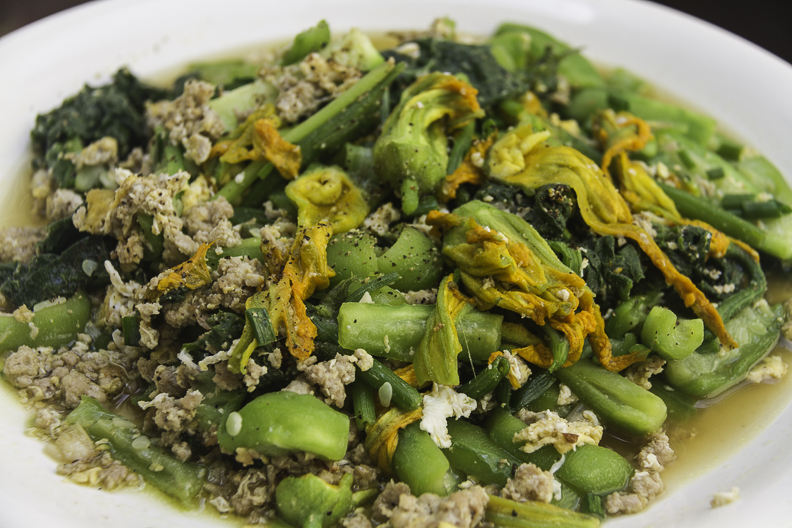 In many articles I’ve seen online, people pop off various parts of the flower to trash as they process it for cooking. But the Khmers I’ve seen cook it just cut them up and toss it all into a pot.

Taste of Nepal has some great photos and a recipe. And here’s a short explainer on pumpkin flowers from Tyrant Farms:

No matter how you eat them, you’ll enjoy knowing that a single cup of pumpkin flowers contains:

It’s easy to tell the male and female flowers apart once you’ve seen them both—the females have a bulbous base that will eventually become the pumpkin, whereas the male flowers have a small base. Like other squash, pumpkin plants always produce a good number of male flowers before they produce their first female flowers.

Once we harvest our male pumpkin flowers, we remove any of the green stem and either: 1) eat them right there in the garden, 2) add them to a salad, or 3) roll them in pancake batter and cook them in a skillet like a pancake (finished with maple syrup or berries). Pumpkin flowers have a sweet yet earthy flavor that we love.