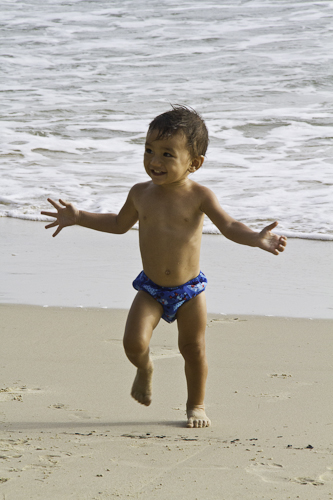 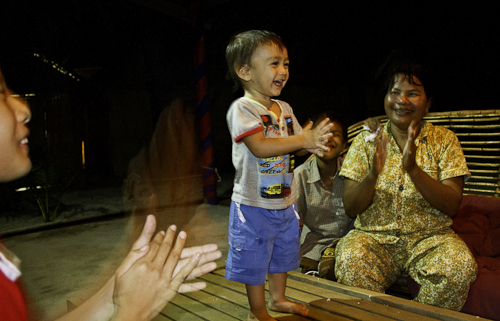 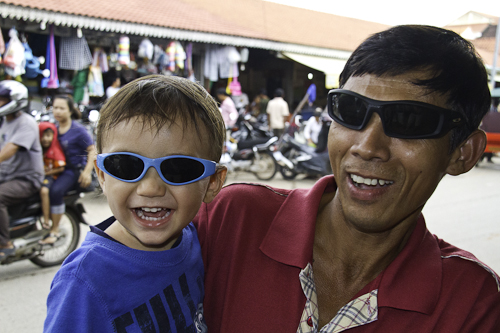 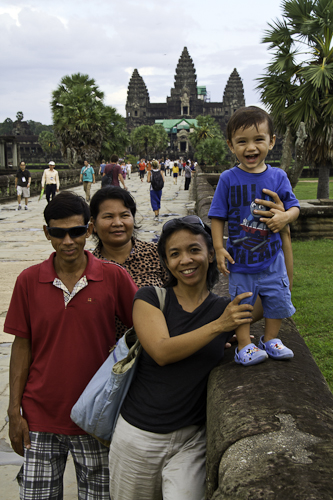 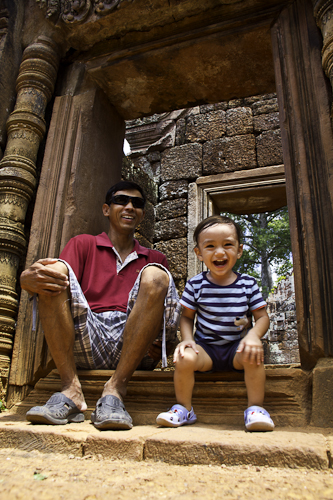 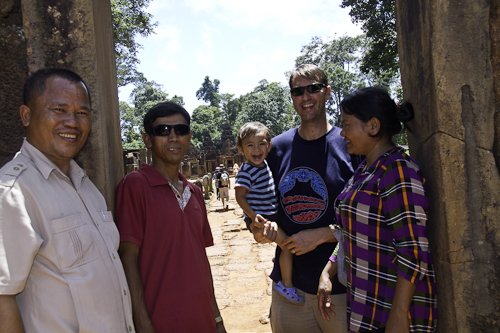 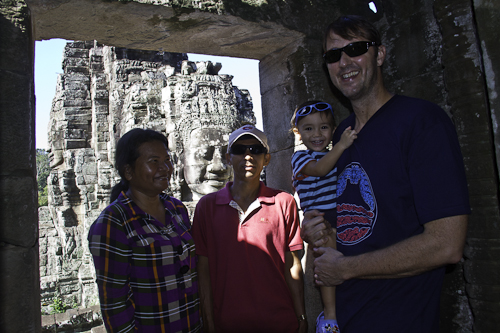 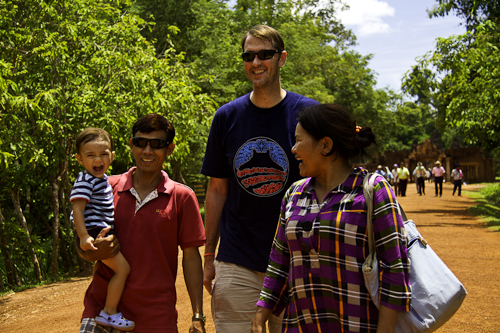 Ha– no wonder there’s such a problem with IV use here LOL!

Without regulatory standards and mechanisms such as licensing or accreditation, quality of care is partly determined by consumer demand. People more often than not believe the more invasive or expensive a treatment, the more effective. This means treating simple fatigue with an intravenous drip instead of coconut juice ($10 vs $0.25)! IV drips are VERY popular; fishermen coming in from a long night out on the water will often seek IV treatment. Some pharmacists even color it (food coloring usually) because people associate the color with increased potency! Patients hooked up to their IV drips while riding on the back of a moto is a common sight on the streets (I just wish I can grab a picture of that!) 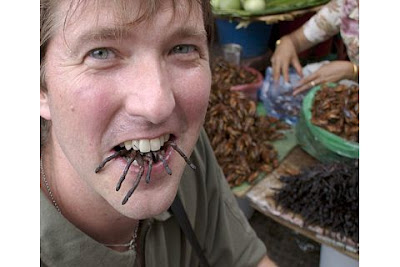 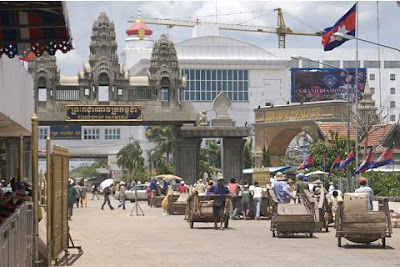 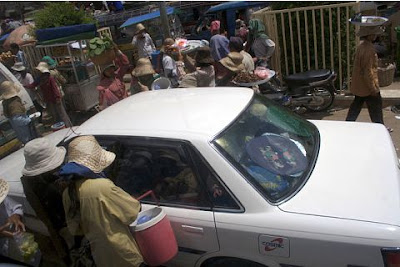 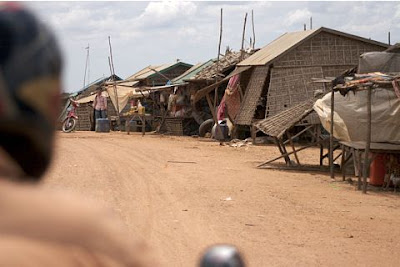 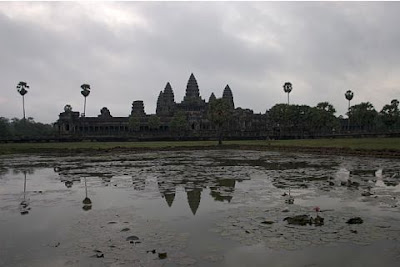 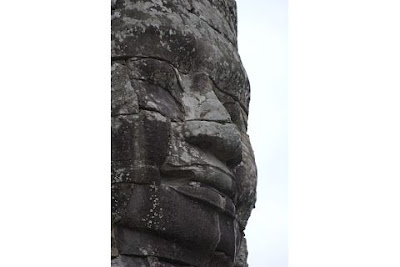 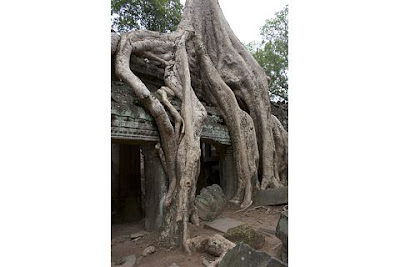 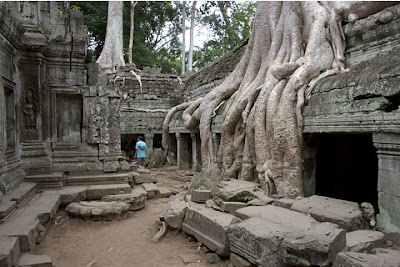 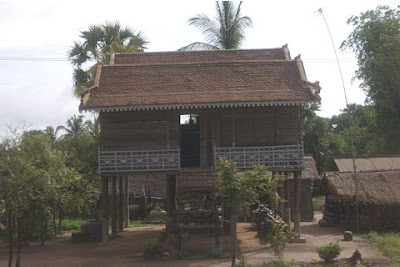 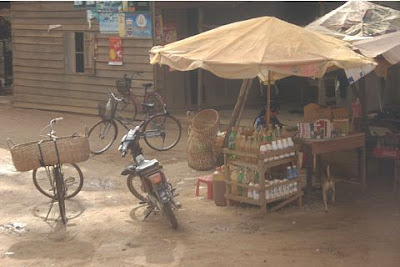 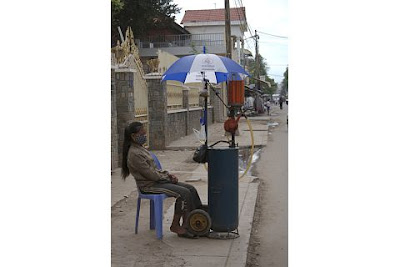 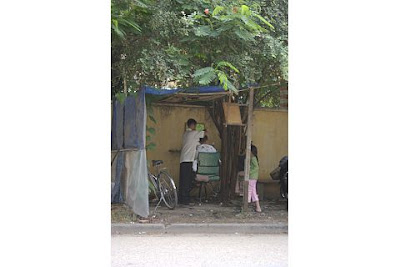 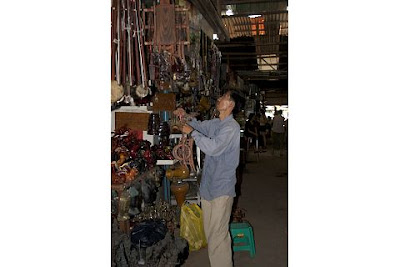 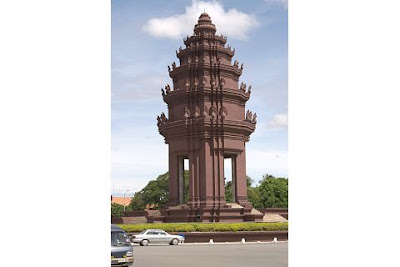 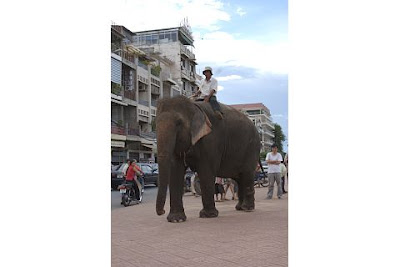 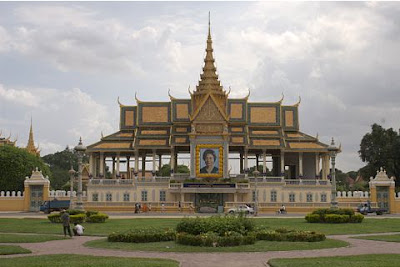 Despite previous hysterics I’ve decided there’s an alluring charm about this unyielding landscape. It’s a tough adjustment, still is. One thing about traveling/living abroad that is nice in the short term is that you’re constantly engaged, stimulated, surrounded by people. But for the long haul it’s a revolving door of expats– they’re just passing through and do not stay in your life. Absence of the friendly face that knows, understands, or plain amuses you is draining. So I was much excited about the prospect of a friend of a friend coming into the country to see Angkor, though I knew little about this boy beyond his kind streak of saving your wits and handing them back to you when you’ve lost it in horrible places like POIPET. Happily– hopefully both ways– he turned out to be fairly cool!

It was a six hour drive from Phnom Penh to Siem Reap, onboard the most well-run outfit I have seen thus far in Cambodia. There was assigned seating, we left almost on time, and they served bug-free pastries in a clean box with a bottle of “Elvis” brand water. I gratefully noted that buses are not equipped with those hideous Turkish toilets that seem all the rage here in SE Asia. We even got a take-off spiel that prompted Nirmal to crack on the airline frustrations of the bus company’s managers. To top it off there was the notable absence of missing patches of highway, making for a smooth unjarring journey. And unlike my errantly intrepid assumption of the availability of friendly hospitality in Poipet, in Siem Reap it was a given, making it easy to wing an itinerary. Ah the small luxuries I have descended to waxing lyrical on. By random choice we ended up with the nicest of drivers, who took us to the nicest of guest houses, and as soon as we booked our rooms he collected his commission for taking us there.

Travelin’ commandos: what one place on this planet just blew you away– by mystique, raw beauty, feat of humanity? Mohenjo-Daro, Petra, Machu Picchu, Kanchenjunga, the Bagan Plains?

It’s hard to imagine how old buildings and fallen stones overgrown with trees can move you to tears, even in state of disrepair. At Ta Phrom, the complex expression of art is magical, sacred, a powerful testament of man’s homage to his god. The jungles took possession of this monastic Buddhist complex in a morbidly curious way. Massive white root systems of fig and banyan trees, almost menacing, as if still growing before your very eyes in a horror scene, twist into and around the cracks and fissures of stone pillars. The sun’s rays diffusing through the canopy imparts an ethereal glow to the seeming-petrified state of ruin. Integrity of the monuments’ architectural design is intact, curiously enhanced by the force of nature in a parasitic vice. India takes over administration of this particular site from the French, and there is much resistance to reconstructive/restorative work that removes these trees.

The Temples of Angkor comprise many hundreds of complexes, temples, and monuments in a 77square mile area of northwestern Cambodia. It is the legacy of an ancient Khmer empire, one of the greatest existing engineering and architectural achievements of the Ancient World. Angkor Wat is a vast spread of a city whose dimensions, art, and architectural features are metaphorically paralleled to Hindu philosophies and the spatial universe. It is also one of the largest known religious structures, with bas-reliefs carved into gallery surfaces to teach the religious epics of Mahabharata and Ramayana. Most proceeds from ticket sales to the Angkor archaeological zone go to a petroleum company called Sokimex. Odd arrangement, but questioning convoluted logic gets tiring and thus I regrettably can impart not a drop of clue what that’s about. So with passes clutched deftly in hand– our permission to wander the landmined acreages of Angkor– we took off for a dizzyingly full day of wat-sighting, with just a small break in the dead heat of day when brains hereabouts stop functioning, fixated completely on the one thought: I think I’ll just sit in a puddle. Otherwise we took in as many sites as our helpful tuk-tuk driver Longpok cared to show us: the Bayon, tribute to narcissism; the massive labyrinthian monastery of Preah Khan; delicate carvings on the stone pillars of Bantae Srei, tribute to the then-king’s mother; and impeccably restored Bantae Samre, to name a few.

Grave miscalculation by this neo-nomad brought us to Angkor Wat before sunset, when the entirety of the region’s travelers had also synchronized to arrive. We beelined for the central tower and shimmied up to the summit view of the vast royal city. It is a precarious 65meter (213feet) ascent at a steep 70 degree angle. How ancient peoples managed stairs about a foot and a half in height with barely a step to solidly plant much past the balls of your feet is counfounding to me. I hug-crawled up, grappling anxiously for hand- and footholds and ungraciously scraping my face and body in fear that a wisp of breeze would pluck me off. It is this way in the ruins of Latin America as well, and it is scary, without landings or railings to hold on to, so I am forced to sing songs like “A-B-C-D-E-F-G. . . .” to keep calm. For the descent NG offered helpfully to carry his binoculars, which I hogged during the trip, presumably so it won’t be damaged in the event I take the fast way bounce back down to the ground. “To help you,” he insisted, all innocence.

The visual impact of the sheer size of Angkor Wat was not delivered with the awe-inspiring punch as expected. Our approach was punctuated by the steady din that accompanies crowds; quietude was not to be had even atop the central towers where the view alone ought to inspire wordlessness. Cell phone conversations in all manner of languages pierced the air. Parents yanked whining kids along, and backpackers debated the evening’s haunts. We paused dutifully for armed and trigger happy commando tourists in fierce assault on the galleries of bas-reliefs, cameras slung about their chests like ammo belts. And the sun set behind mortal-brown clouds of dust stirred up by tuk-tuks and package tour buses roaming about the lot outside the western gate, across the immense span of moat. Weariness displaced the wow factor, with another visit required to truly afford it justice.

So I’m adjusting to the rythms of the country. Summits are scaled by attitude, yes?, and old comforts, conjuring up unbidden like a mirage for a stranded soul, daily resigns further along the periphery of awareness. From the avant-garde sophisticata of the Northeast US to the progress-cum-reinvention of the Asian Southeast, it is a contrast of worlds. I’m still inundated by new experiences: juggling dual currencies; ads and billboards communicating in three to five languages; an erratic mobile phone situation (Cambodia is a tad behind the curve negotiating bilateral agreements for connections). At this stage of (under-) development Cambodia’s pollution is still localized, not yet an ominous haze engulfing the skyline, but it still draws grievance of sinus activity that in this current climate of bird flu paranoia elicits a wave of alarm from people nearby. But not to worry, as our best medical minds (I hope) are on this puppy . . . a-choo. I also decided at some point that hunger is an unhappy state of being, so I’ve resumed eating in Cambodia, where rotavirus glee emanates palpably from each bite (eat me! me! ME!).

Then the nag of things missed which can’t be nursed with distraction: (KK might just have to top that list!) My jetta! Being driven around doesn’t compare to workin’ the gears and eating up the miles. Sports!, ohhhhh to burn holes in the ground!, pound the ball!, harness all frustrations and tear into a split burst of action! My sedentary reflexes are withering by the second and what I wouldn’t do to–hmmmh . . . well now if that doesn’t provoke a thought . . .