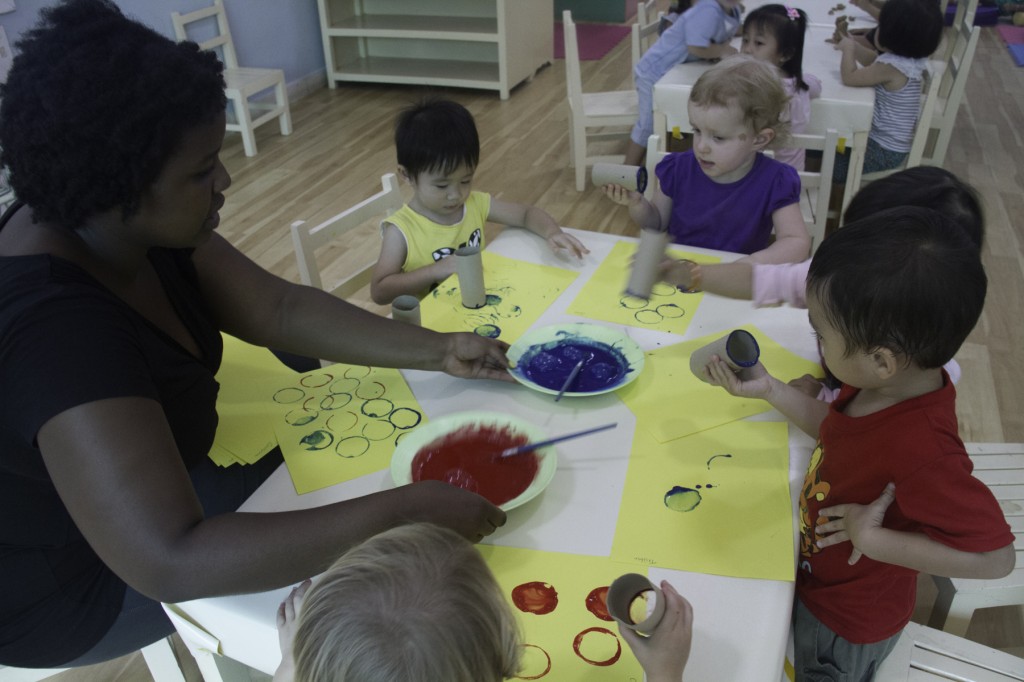 One of the things I appreciate about expatriate life is its cultural exposure, especially in a city like Phnom Penh. The kids are exposed to so many languages on any given day. Contrast this with my early years back home. I only realized after many years in the system that a multilingual upbringing wasn’t normal in the US (I went to school in Spanish Harlem). I’m the only one in my family who knew just two languages. That was bad enough – I certainly didn’t want my kids limited to English. So we put our little boy in a French immersion program. His teacher is a creative, gentle Frenchwoman. He’s been in her class  just four weeks and already he’s counting, singing and carrying on conversations in French. Their absorptive capacity at this age is incredible isn’t it?

Why French? I try to expose my kids to tagalog, but it just isn’t strong enough (there’s little opportunity to hear conversation so  they won’t get a contextual enough grasp of it). They know Khmer, but with just 14 million people in the world who speak it, how useful will it be outside Cambodia..? Our preferences are Spanish and Mandarin. But the preschool happened to offer French so we went with that. French is fairly prevalent here in SE Asia and in Africa, many countries being former french colonies. And it’s a second language for a large part of Europe and throughout the world. Plus it’s one of the main working or procedural languages in many global institutions. It could come in handy someday. Even if hubby and I don’t speak it, it’ll be easy enough anywhere in world we end up to sustain their fluency in it, right?

We were pretty excited about it, until I started looking into maintaining it if we moved back to the US. (Who knows what the future will bring?) I looked into the NYC school system. Naturally a strong curriculum is important, so I next inquired specifically about language and music  programs.

What a disappointment! Of all places, I expected NYC to be teeming with dual-language curriculums and immersion programs in the world’s top languages. Top-tier academies offer it (and for ~$30,000/yr preschool fees they better!), but it’s sparse in the rest of the system. How odd that in this day and age where bi-/multilingualism is a tremendous asset for tomorrow’s global workforce, there are such few opportunities to take it that schools which offer it are so competitive to get into!

Well, NYC parents are taking matters into their own hands, organizing fundraisers to get or keep language programming in the education system. This inspired a piece in the NY Times on France’s initiative to fund French bilingual programs in NYC public schools (“A Big Advocate of French in New York’s Schools: France”, by Kirk Semple). This isn’t a new concept, as the French actively promote their language and culture across the world, making it accessible to many income levels. But this notion of the French government promoting their culture in America? Lively debate is an understatement. Articles include John McWorther’s “Let’s stop pretending that French is an important language” in The New Republic.

The prevailing (recent!) cultural attitude stateside towards the French aside, from my initial research it looks like NYC’s school system needs all the help it can get. It’s a win-win for France and for the US, so I hope the initiative works out. I also hope that if and when we have to move back that those programs will be up and running.