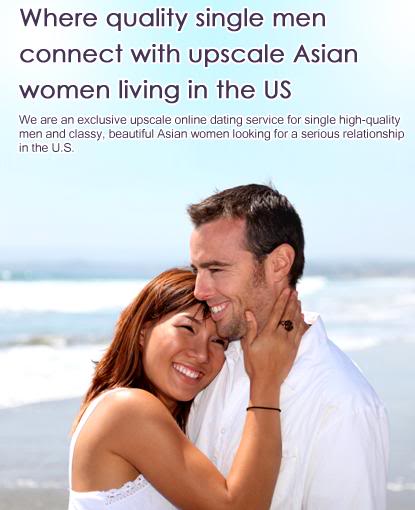 So there’s this new website pandering to all the stereotypes about Asian women. Ah, progress the modern way: to get dumb and dumber. No need to have any sense whatsoever or plain smarts anymore. Thinking is taboo; we will fight for the freedom to be ignorant as long as Wall Street, Big Ag, Big Pharma or any other alchemist with magic to peddle will simply spoon feed us our most basest desires. Heck, let ’em roll our economic reality into a black hole while our government deficit spends and bails these buffoons out for nonsensical wars so we can set the next one up and rule the world. No, really rule the world.

But I digress. Here’s a less grandiosely oversimplified commentary from Sociological Images:

[These Asian women] aren’t trying to use you to get to the U.S. (though, after stating these are women living in the U.S., they are always described as Asian, not Asian American). And the men who want to date them just love and respect “the Asian culture” (and, you know, there’s just one culture in all of Asia). And how do you show your appreciation for a culture? By marrying someone who personifies the elements of that culture you have romanticized.

Unlike “the average woman” (which presumably means White women in the U.S., since we’re the majority of women and all), Asian women haven’t become too competitive (just intelligent and independent! But that’s different!) and certainly aren’t “masculine.” Again we see the romanticizing of a certain stereotype of “Asian culture,” with Asian women having a “well-known cultural attitude of gentle and caring support” and “Eastern values,” which apparently involves being sweet and supportive. Though they’ve also “learned Western values,” which here is associated with being “outgoing…independent and fun…”. Thus, the West = independent, fun women, while the East = supportive, submissive ones.